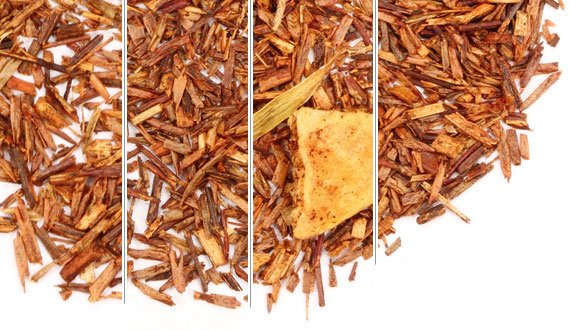 Are you looking to improve your health? The health benefits of Rooibos red tea are numerous and perhaps African rooibos (pronounced ROY-boss) or red bush tea is exactly the item that has been missing from your diet.

Find out what the studies done on rooibos tea have revealed and judge for yourself!

Rooibos Tea is a leguminous shrub that is grown in the mountainous region of Cape Province in South Africa.

Rooibos makes sweet and slightly nutty flavored tea and it can be served as is or with milk and/or sugar.

The Department of Food Science of the University of Stellenbosch, South Africa, concluded that antioxidant activity in green tea was highest, followed by rooibos, then black tea and oolong tea.

As most people know, antioxidants are highly beneficial to humans in binding with free radicals before they can cause damage.

Rooibos tea is not made from the tea plant (Camellia sinensis) and as such does not contain any caffeine at all. It is also low in tannin and has a high ascorbic acid content.

Another study completed in 2003 and published in Physiological Research indicated that rooibos has hepatoprotective effects, so your liver can also benefit from this tasty beverage.

In 2006, Joachim W. Herzig studied the antispasmodic effects of rooibos tea and concluded that:

Rooibos tea is also delicious and the benefits mentioned in the previous paragraphs may at least tempt you in trying it out. Why not?

African rooibos tea also contains calcium, manganese and fluoride and is believed to help promote smooth skin. It may also help control your appetite, and therefore be useful in weight control or weight loss.

Learn more about the health benefits of other herbal teas.